The European Telecommunications Standards Institute (ETSI) is one of the three European Standards Organisations (ESOs) and holds workshops of this kind every few weeks. ETSI has over 700 members including industry, policy makers and regulators.

Climate Associated Ltd. consortium partner made the presentation “An Open Virtual Neighbourhood Network to connect Intelligent Buildings and Smart Objects” introducing the VICINITY project, its architecture and pilots, and its expected role in the standardisation of IoT, over a large audience of over 120 people, including representatives from the EC, service providers, equipment vendors, administrations, policy makers and regulators. Very positive feedback was received and, in addition, two key stakeholders from Switzerland offered to be actively involved in the VICINITY stakeholder requirements capture process.

The main feedback for VICINITY received during the workshop can be outlined in the following:

Presentations from the event 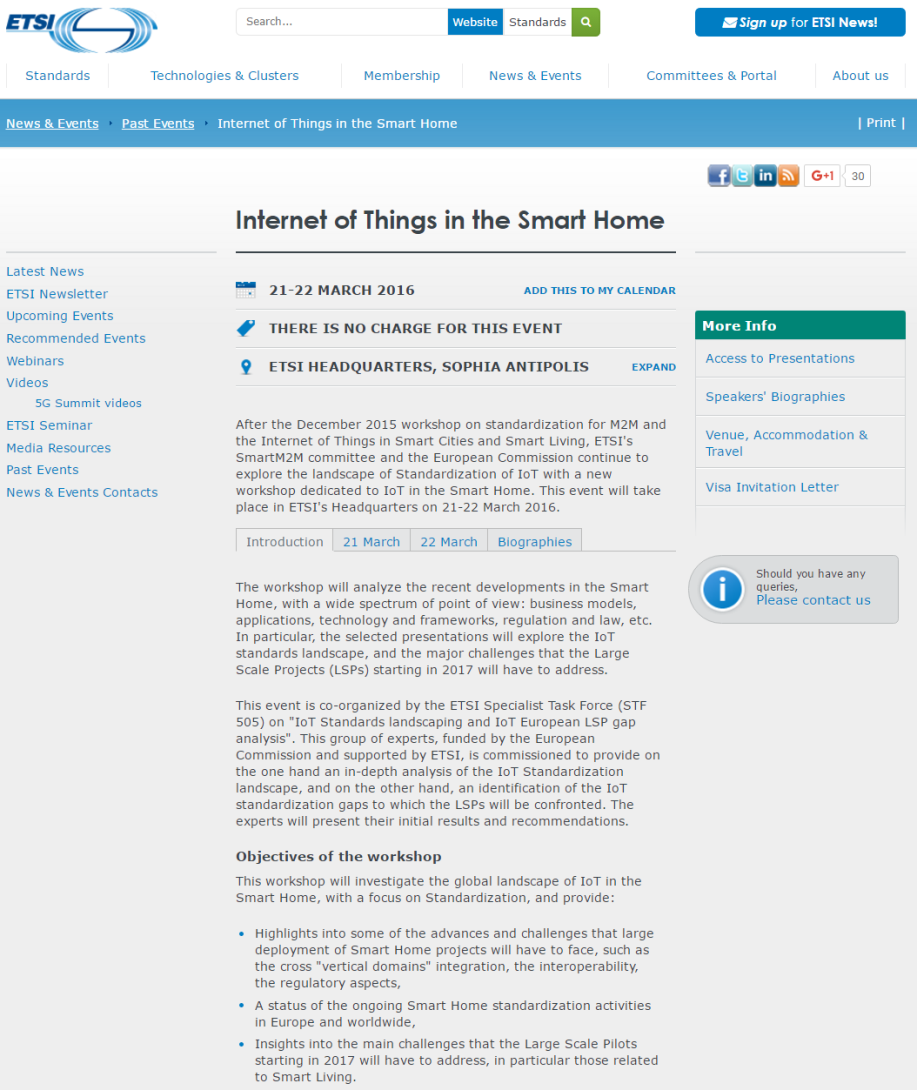