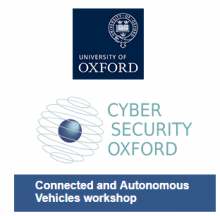 This was an invitation-only workshop for specialists in the field of connected and autonomous vehicles to discuss cyber security, the threats that are anticipated and steps that can be taken. The whole-day event structure was to have a keynote presentations with questions and panel discussion with interactive questioning. There were networking breaks / poster sessions (CAL presented a poster on VICINITY).

The event was organised joined by the newly created cross-Government Centre for Connected & Autonomous Vehicles and the Government Communications Headquarters – responsible for code cracking and Information Assurance – cyber security. Oxford University is in receipt of research funds from these organisations, so hosted the event. Although focused on connected vehicles, may of the concerns and ideas discussed are applicable to the wider IoT community.

Nigel Wall of CAL had created a poster by joining together a set of PowerPoint pages to explain some of the issues about security and privacy. Several other posters had been hand-crafted in a similar way. The theme of the poster was more about privacy of personal data than security, but still created interest. Nigel targeted presenters from other posters and the speakers in the conference to explain the issues facing VICINITY. Poster sessions were held in the morning and afternoon coffee break and over an extended lunch break. Several potentially useful contacts were made.

At the event there was a mixture of major motor manufacturers, their suppliers, thought leaders from consultancies, government policy makers and senior academics from Oxford, Cambridge and other universities such as Warwick which are specialising in the areas of transport and cyber security. Because the poster on VICINITY presented research issues form a project that was just starting, it was not surprising that most of the interest was from the academics. 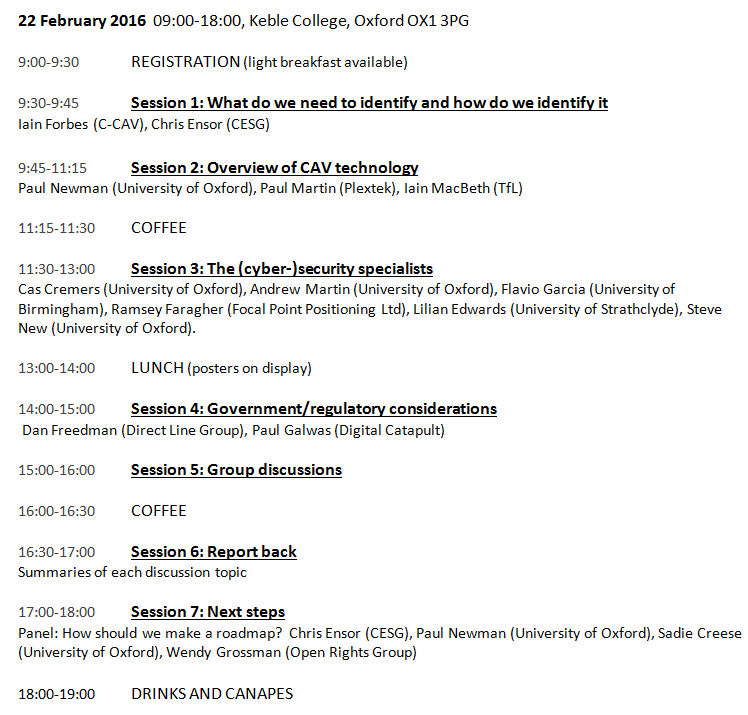