VICINITY project at the “Catching up with ontological engineering: To git-commit and beyond (With VICINITY use cases)” and paper presentation

The 21st International Conference on Knowledge Engineering and Knowledge Management (EKAW2018) took place at INRIA premises at Nancy, France. The conference gathered together numerous stakeholders in semantic technologies with a focus on research but also industry partners. The specific background of attendants ranged from IoT or stream data to food or education domains.

The conference hosted both sessions for presenting research papers and co-located events such as workshops and tutorials. The tutorial “Catching up with ontological engineering: To git-commit and beyond (With VICINITY use cases)” proposed by UPM was accepted to be co-located together with the conference.

The tutorial material is available at https://tutorials.oeg-upm.net/ekaw2018/

The scope of the event was semantic technologies and methodologies.

The tutorial consisted on four sessions in which the methodology and the ontologies developed in VICINITY were shown as examples and resources to be adopted in other projects by the community.

During the main session the paper “Requirements behaviour analysis for ontology testing” was presented by Alba Fernández Izquierdo. This paper presents a testing framework for validating the ontologies through the ontological requirements identified by domain experts. This testing framework was evaluated using the resources and methodology developed in VICINITY.

The participants mostly agreed on the usefulness of the methodology and resources generated in VICINITY for building ontology networks and that the approach could be transposed to other domains. It was also commented the need for a system to reproduce the ontology development in close environments in which ontologies are not publicly available, for example private ontologies for a costumer. 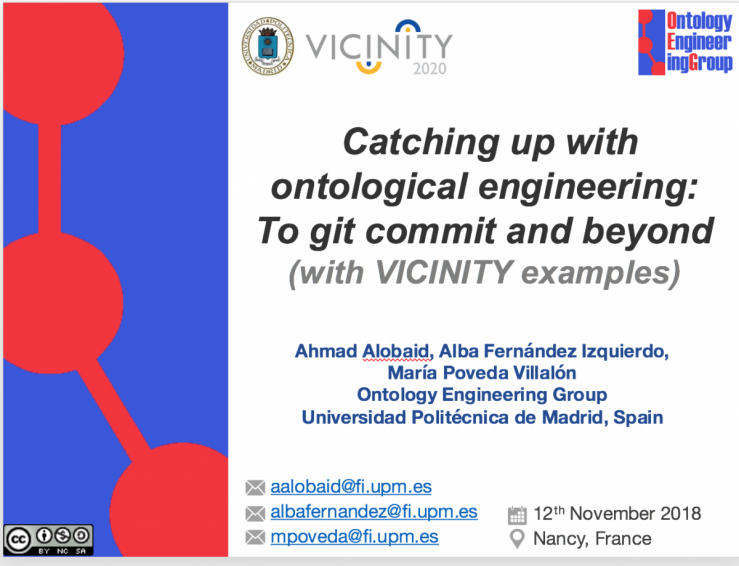 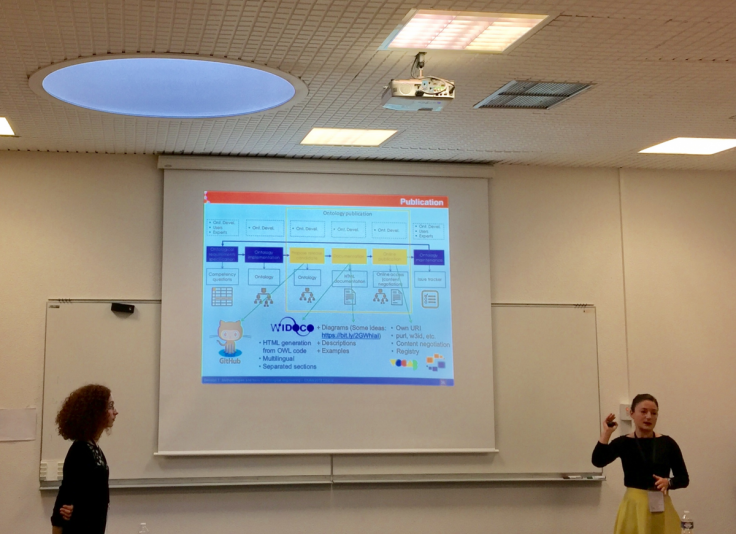 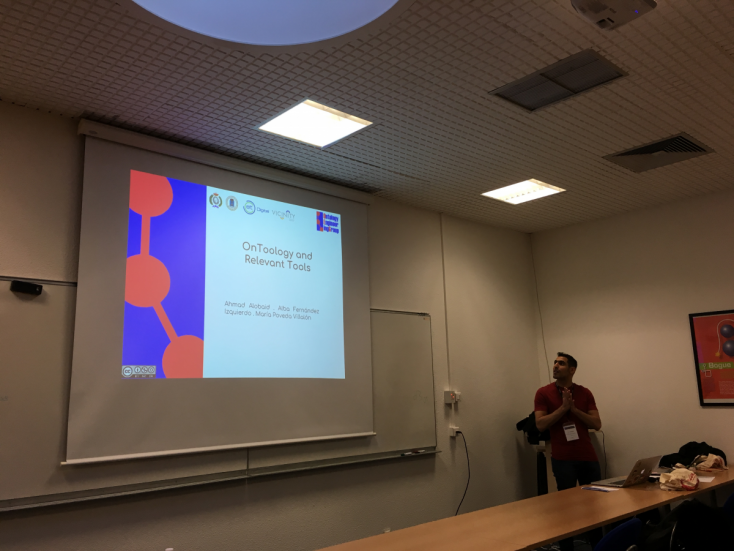 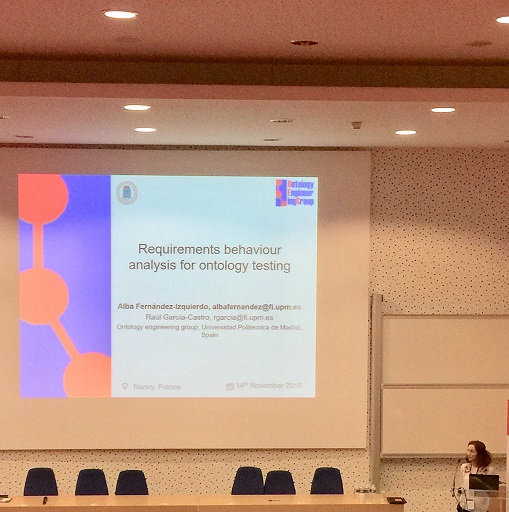