The IC 2017 conference was collocated with other six AI-related conferences and workshops in an event that is named the Plate-forme Intelligence Artificielle (PFIA 2017).

Raúl García-Castro (UPM) was invited to give a keynote at the IC 2017 conference titled “Technical and social aspects of semantic interoperability in the Internet of Things”, which was given in a plenary session for the whole PFIA 2017 event.

The keynote discussed current approaches and challenges for semantic interoperability in the IoT, covering not only technical aspects but also social ones, presented through different examples drawn from the VICINITY H2020 project and different initiatives in ontology standardisation.

The keynote was well received, based on the comments received during the conference. Also, it was highly relevant for part of the audience since, during the conference, a tutorial was held named “Le Web Sémantique rencontre l'Internet des Objets et le Web des Objets” (The Semantic Web meets the Internet of Things and the Web of Things), which led to different discussions on ontological engineering and semantic interoperability in the IoT. 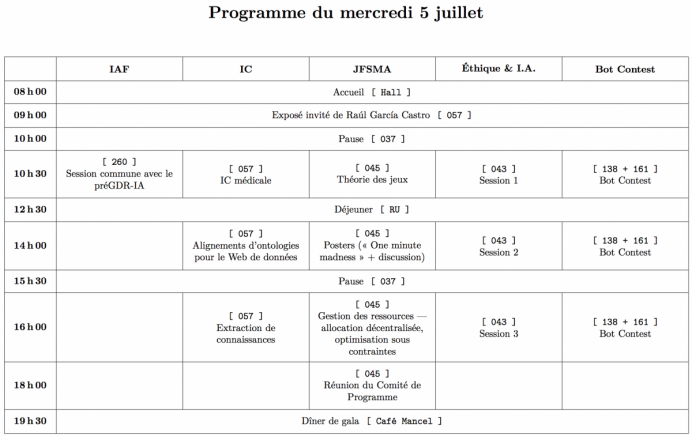